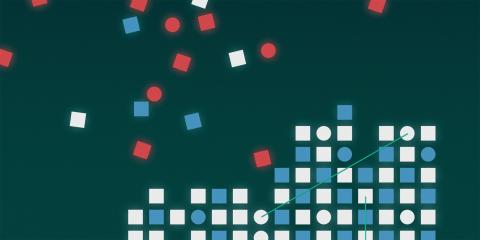 Jordan Blashek: Can you tell us what Recidiviz is?

Clementine Jacoby: Recidiviz is a non-profit building a data platform to help criminal justice agencies understand the impact of programs, practices, and policies. Our goal is to empower agencies with the information they need to reduce incarceration safely. It turns out we can’t answer pretty basic questions about our justice system today—questions like, “How many people are in jail across the US?,” or “How does that differ from last month?,” or “How do variations among counties, officers, and judges can contribute to these trends?” And it’s not just that accessing this data from the outside is difficult—the people running the system often didn’t have answers to these questions, and they need them to make the system better. So we set out to build a platform that could deliver actionable data that criminal justice decision makers could use to quantify their goals and manage towards them.

JB: What makes now the right time for what Recidiviz is doing?

CJ:  It’s an indisputably special time to be working on criminal justice reform because of the bipartisan alignment around the issue, and recidivism is core to that alignment. Recidivism is the term for when a person reoffends. So reducing recidivism is an idea that people of all political persuasions can get behind: it represents more people living successfully in their communities, increased public safety, and effective state spending—all in one word. So it’s not surprising that recidivism is used as a key performance indicator for the criminal justice system. But here’s the twist: recidivism is an important concept, but a lousy metric. It could mean rearrest, reconviction, reincarceration or all of the above—it means something different in every context. Good metrics are powerful—they generate alignment and momentum. We see an opportunity to generate meaningful, apples-to-apples metrics to help states make measurable improvements and enact the changes that they want to see in their systems.

JB: What role does technology have to play in unwinding mass incarceration?

CJ: In reality, “the criminal justice system” is really many systems: police, courts, jails, prisons, probation, parole. And it turns out that each of those systems has their own “siloed” datastore that doesn’t talk to the others. What if you wanted to know whether six months of probation or five years in prison was better for an 18 year old with a first time drug possession charge? Or how changing sentencing policy would impact down-stream incarceration and supervision rates? Answering those questions is really hard right now because no single actor has the data that you need. Recidiviz’s platform brings data from all these silos together, stitching them into one view of the world, allowing us to answer questions about the system as a whole. It’s automated, so that we can answer these questions on an ongoing basis. And that unified view is designed to be extended—we use it as a foundation to build tools that help policy-makers and practitioners use their data to make better decisions.

JB: At Schmidt Futures, we believe in building better technology and data platforms to improve government services. You seem to have cracked the code. What lessons do you have?

CJ: To the extent we’ve been successful it’s been through great partnerships and taking one step at a time. We’ve learned from every advocate, activist, academic, parole officer, Corrections Director, and administrator that we’ve met. And we’re drafting off of the good work that all those groups have done to bring national attention to the problem of mass incarceration. Everyone recognizes the problem by the time we get to them—reduce incarceration, improve outcomes—but they’re missing tools to execute on that somewhat abstract goal. Data can help them figure out where to start, set goals, monitor progress, and see which of their efforts are working. So we’re addressing an acute pain point—that’s the first rule of good product design, but it’s often not what happens in gov-tech. So that’s one lesson.

Another is that many many many people told us that this was impossible—no one will give you access to their data, people don’t want to be scrutinized, the data is too crummy, you’ll need billions to improve data collection before you can do useful analysis, etc. Those objections turned out to be wrong, and it’s good that we pushed past them. On any important problem, you’re going to find a wide range of opinions on what the right solution is. But on any important problem, there’s also probably room for a wide range of solutions. You have to listen to your critics or risk ending up in la-la land. But you also have to be comfortable with the fact that, if it was obvious and everyone agreed on the approach, there’s probably no value for you to add.

JB: You’re currently in the middle of a two-year pilot with the Department of Corrections and Rehabilitation (DOCR) in North Dakota. How has that been going?

CJ: It’s been phenomenal. North Dakota’s Department of Corrections and Rehabilitation is incredibly forward-thinking—open to finding problems and eager to test solutions. We’ve built an automated feed that pulls from each of their siloed databases and delivers key metrics in a dashboard used by probation, prisons, and parole leadership. In September, the Governor sent out a press release praising the initiative, which they call North Dakota’s “continuously correcting correction system.” Now that the data is in-hand, we’re working with ND DOCR to scope out several new tools that will make it easier for them to fine-tune the system. They’ve already started using their data to discover both geographical disparities and diagnose why trends are shifting. They’re trending towards their goals across all of their key metrics, but I’ll let them tell you more about that when they’re ready.

JB: What does the future hold for Recidiviz?

CJ: We have a lot of plans, but the really exciting thing is what this infrastructure could enable a few years down the road. Almost everyone agrees that we need a more rehabilitative, less punitive justice system. But the path to get there from here isn’t clear yet. Without accessible, usable data, there isn’t a way to understand which experiments are bearing fruit. In a few years, as this infrastructure is available in state after state, that’s going to change. Criminal justice agencies at all levels of government are going to be able to test new policies, and see in real-time whether they’re helping move their system towards a more fair, equitable, and rehabilitative future. At that point, I hope we see agencies empowered not only to set more ambitious goals, but to iterate and improve the rate of progress.